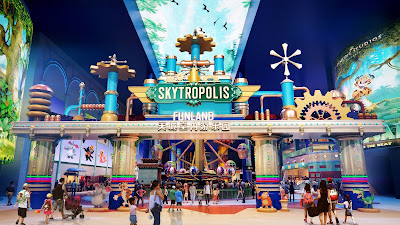 Exciting new developments have redefined Resorts World Genting, one of the world's leading resort operators. It is now even more vibrant and multifaceted than ever before, adding a new dimension to one's holiday experience. Visitors who come to the resort come for the cool weather, the proximity of things to each other, the ease of connectivity, and that little bit of excitement which comes from them knowing that this is no ordinary resort.
Resorts World Genting is the only resort in Malaysia that allows visitors to enjoy a variety of attractions at 6,000 feet above sea level with cool weather ranging from 14 to 22 degrees daily. Annually the resort receives approximately 25 million visitors from Malaysia and neighbouring countries such as China, Singapore and India. 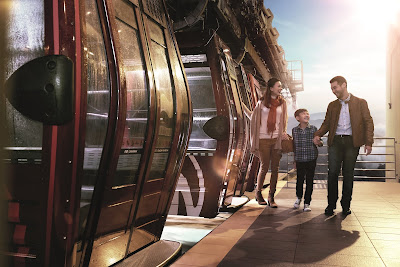 To reach the resort, visitors may take a ride on the Awana Skyway cable car, for a breathtaking journey on the normal gondola or on the glass-floor gondolas. Passengers have the option of disembarking at two stops to explore the attractions around Resorts World Genting. They can alight at Chin Swee station to enjoy the panoramic views at the Chin Swee Caves Temple or they can remain in their gondola until the final stop at SkyAvenue station which connects directly to the SkyAvenue shopping mall.

Visitors can choose their accommodation from seven hotels, enjoying quality modern amenities along with crisp mountain air and the splendour of nature that is 130 million years old. The resort has 10,000 rooms with one hotel namely the First World Hotel that holds the Guinness World Record as world's largest hotel. Other hotels include luxurious accommodation at Maxims Hotel or the iconic Genting Grand which has been proudly awarded a recommendation accreditation and a four-star rating by the Forbes Travel Guide respectively. Otherwise, visitors looking for the height of opulence will find it at the exclusive five-star Crockfords Hotel. Other splendid modes of accommodation includes the four-star Resort Hotel and family-friendly Theme Park Hotel, together with Awana Hotel located at the mid hill that offers grandeur of greenery. 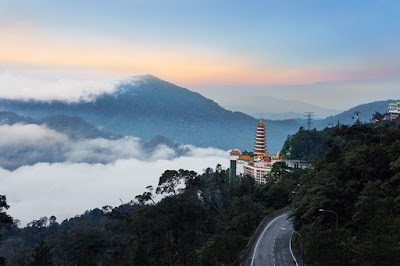 SkyAvenue, a 1.4 million sq ft, five-storey shopping mall has brought the resort to a whole new level on dining and shopping experience with 168 retail outlets. At the mall, on the Lower Ground Level is the trendy RedTail Bar by Zouk, RedTail Karaoke and the hip-hop club Empire by Zouk with a 500-person capacity with more openings set for the near future such as Zouk Genting. The massive club will fit up to 1500 and will see international DJs and artists performing. RedTail by Zouk has a lively interior decorated in different hues of red with games, cool live music, a as well as light meals and snacks for an exciting night for visitors.

Situated on the first floor is designated the food street where one can savour a variety of local and international food such as Burger & Lobster from London, the first in Asia; Spanish delights at La Fiesta, Motorino pizza from New York or coffee at the Cafés Richard from Paris to name a few. There is also Bona Cinemas, with four cinema halls fitted with a Dolby Atmos surround sound system, an IMAX theatre and a Gold Class hall with D-BOX.

For some awesome digital entertainment, the mall's Times Square also houses a three-storey high giant LED screens that synchronizes with the SkySymphony show that showcases 1,001 winch kinetic balls, the largest and most spectacular winch performance in the world.  Four inaugural shows – Forest, Urban Symphony, The Goddess, Ocean Groove with Maestro Ning and Jungle Jam immerses visitors into panoramic sight and sound presentations. The kinetic balls move to form shapes to support the story’s premise or trajectory. The balls offer a 3D effect to the presentations seen on the LED screens.
Shop luxury brands up on level two with brands such as Michael Kors, Jo Malone, Coach, Longines and Hugo Boss. To add a fashion to your life, shop till you drop at the high street fashion floor located on the third floor with some popular tenants such as H&M, Thomas Sabo and Adidas Originals. 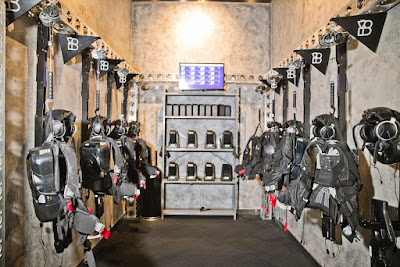 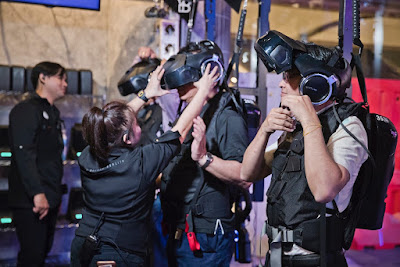 And on the fourth floor is alfresco dining where customers can enjoy a drink or two outdoor and enjoy the cool fresh air the resort has to offer. Housed within a 13,094 sq metres of space, High Line consists of strongly evocative food offerings served from seven distinct kiosks or food hubs consisting of Carnivore, Jon Bing, Brooklyn Brewery, Back in Time, Seafood Market, Asian Heroes as well as Burgers & Shots. There is also the Malaysian Food Street with the best local street food Malaysia has to offer with favourite picks such as ‘Wan Tan Mee’ or Claypot Chicken Rice. Adjacent to this is Jom Makan which has halal food offerings for visitors with local Malay and South Indian cuisine. Visitors can enjoy a refreshing drink or bite at the outlets which include San Francisco Coffee, Pappa Rich, Mr Lok Lok, Zok Noodle House, BarBQ Plaza, Go Noodle House, and Ah Yat Kitchen.

Visitors, especially children can also look forward to a whole world of fun at the 4th level of SkyAvenue. There is the Jungle Gym where children can have a great time as they engage in free play whilst developing their sensory skills. There is also the Alive Museum, a 3D optical illusion park that is every social media enthusiast’s dream. Those looking to indulge in some self-pampering can visit Healing Touch after a long day of enjoyment. 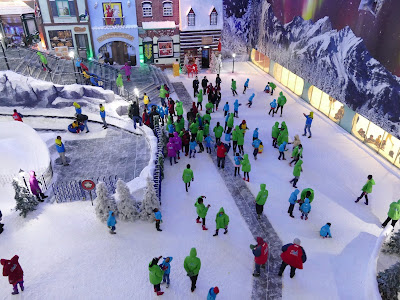 At this same area is also the Ripley’s Believe It or Not! Odditorium which will bring fans the most outrageous and unbelievable attractions not only from around the world but the universe. Also on site is Zombie Outbreaks to provide visitors with some thrills and screams as well as the Jurassic Research Centre to see mysterious creatures which used to roam the earth millions of years ago.

There is also SeniKome Péng Hēng, a fascinating cultural attraction, on Level 3 of First World Plaza. Being the East Coast Arts & Cultural Centre, SeniKome is the place where exploration and inspiration come together, featuring a thematic showcase of art and cultural essences from Peninsular Malaysia’s East Coast states, Pahang, Terengganu and Kelantan. Within First World Plaza, visitors will also find a winter wonderland at Snow World with temperatures below -6 degrees and a European-themed winter village. For those looking for a little competition, Genting Bowl is the perfect place with 20 glow-in-the-dark bowling lanes. For some wholesome family fun, the BigTop Video Games Park is a circus-themed arcade at First World Plaza with games such as ‘Pac-man Battle Royale’ and ‘Danz-Base.’

The highly anticipated Skytropolis Indoor park opened on 8th December at Resorts World Genting with 13 rides: Balloon Race, Sky Towers, Loop de Loop, Boo Boo Bump, Disco!, Copper Express, Bumper Boss, Spin Crazy, Royal Carousel, Whirley Bugs, Ride ‘Em Round and Space Cadet spread across 400,000 square feet. This new attraction will feature more rides in 2019 for a total of 22 rides that surely meet the fun and excitement of children and the whole family. Seven kiosks are also spread out within the indoor theme park with snacks such as waffles and durian-based pastry available. Situated within Skytropolis Funland is The VOID, a hyper-reality experience as the first permanent location and the biggest of its kind in Asia with games such as Star Wars™: Secrets of the Empire and Ralph Breaks, from the movie Wreck-it Ralph.

At the mid hill, visitors will shop till they drop at the Genting Highlands Premium outlets with over 150 tenants with top brands with savings up to 65% all year around that has attracted scores of visitors to the resort.