So let’s start with a number one necessity – you can’t stamp your footprint on life without a damn good pair of shoes – a pair that works as well in the city as it does out of town. Brogues are my recommendation:

Appropriate with business attire, brogues look equally right with corduroys and jeans. What's more, the brogue, an oxford with perforations on the tip and border seams, started out as a heavy country shoe. This pedigree remains. Cap-toe Brogues are of heavier construction than most dress shoes. And this feature will also serve you well, should you be forced to kick the stuffing out of some boorish swine.

In the office, black brogues are king. Black pebble-grain brogues in particular look great with a grey suit. The wingtip brogue is great with a suit in a “winter cloth” – think heavier fabrics like flannel or tweed. If you’re wearing a slick, trim suit in a light cloth then a quarter brogue will do the trick. When it comes to picking your socks, never forget to match the colour of them to your trousers and not your shoes.

However, outside of the office or in creative industries, anything goes. Casual suits look amazing with a twist on the usual brogue - for a creative kick, choose an out-of-the-ordinary colour – like yellow brogues matched with a charcoal-grey flannel suit. Nice. Of course it does take a certain look and air of confidence to pull this off – so Mucho Mojo Muchachos!

With jeans, any colour of brogues will do but the perennial favourites are brown quarter brogues or wingtips. With a shirt and a blazer they add a sort of nonchalant casual sophistication that so many guys try to pull off but rarely get right. You’ll also score major style points with the ladays…

Brogues are the way to go – 'cos JSM said so!

‘Til next we meet…

Email ThisBlogThis!Share to TwitterShare to FacebookShare to Pinterest
Labels: STYLE_LXG

It is with a heavy heart that I convey this sad news, even though our LXG blog is but a few days old…

Hip-hop pioneers and all-round funky dudes The Beastie Boys lost one of their members last month. Adam Yauch died at the age of 47. Also known as MCA, he had been in treatment for cancer since 2009. 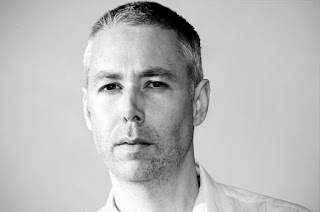 The Beastie Boys have been looked up to, for always maintaining artistic control producing their unique sound and rhymes – while still being represented by a major record label. They also organized the Tibetan Freedom Concerts. Yauch was instrumental in the first Tibetan Freedom Concert in San Francisco's Golden Gate Park in 1996, which drew 100,000 people – the largest U.S. benefit concert since 1985's Live Aid.

Yauch also directed many of the Beastie Boys' music videos under the pseudonym Nathaniel Hornblower. In 2002, he launched the film production company Oscilloscope Laboratories. As a filmmaker, he directed the 2006 Beastie Boys concert film Awesome; I Fuckin' Shot That!, and his production company released the acclaimed Banksy movie Exit Through the Gift Shop.

Super-talented and multi-disciplinary, Adam was apparently a mellow and smart dude – and conducted himself with dignity in dealing with his illness – right to the end.

Here they are in happier times aided by some familiar celebrity wannabees –
The Beastie Boys in full effect in Fight for Your Right (Revisited):

Email ThisBlogThis!Share to TwitterShare to FacebookShare to Pinterest
Labels: MUSIC_LXG

Every now and then a guy comes along that epitomizes all that it takes to be a gentleman's gentleman. Suave, stylish, impeccably mannered, and yet approachable, and not too sophisticated that he alienates himself from his peers or puts himself on a pedestal...

Call me old-fashioned, but I still look to the mid-20th Century, Golden Era of Hollywood as the origins of what still endures to this day as The Gentleman's Standard.

Cary Grant, Gregory Peck, David Niven - the first that come to mind - all exemplary gentlemen, both on-screen and off, as various biographies and articles have reported. They all seemed to have come from a similar mould, fashioned from values that today may indeed seem quite old-fashioned. In fact their names would probably mean nothing to today's young men, and that's a shame, because they could learn quite a few valuable lessons from them.

Among these gentlemen actors was one who shared many of their qualities but at the same time, broke the mould in more ways than one... And Yul Brynner was his name. 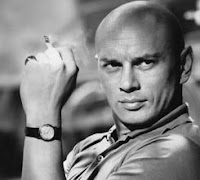 I first saw Yul Brynner on-screen in the film Westworld, a futuristic thriller based around a Wild West-themed  Pleasure World populated by androids assigned to play various roles. Human tourists would visit this resort and live out their cowboy fantasies without the risk of injury or ever losing a gunfight... that is, until nemesis android gunslinger (played by Brynner) gets his wires crossed and acts against his programming, gunning down the helpless tourists and going on a vengeful killing spree.

Brynner was the Terminator before the Terminator was even invented. It was probably the first time in my life that I found myself cheering for the bad guy...

I was just a kid at the time, but I always recall my mother unabashedly singing his praises. Although he was known for the rich timbre of his voice, Brynner didn't even have to open his mouth to make an impression. My mother described him thus; "He stares right through you like a hawk, and he walks soundlessly, like a panther stalking its prey." I think he had that effect on most of the female population at the time...

I could never quite fully understand what she had meant by that until I began to search out and watch Brynner's earlier blockbusters. Westworld was filmed towards the end of his career, but his Hollywood legacy was indeed rich with such classics as The King and I, The Magnificent Seven, and The Ten Commandments.

It was then that I recognized the character of the man. His poise, his demeanor, the sheer confidence with which he carried himself. Yul Brynner had IT, whatever the various definitions of IT may be. And he knew IT.

His life's story is out there in cyberspace to read, to further appreciate his achievements and the landmarks in his life; the great loves, the great tragedies, the highs and the lows... but the essence of the man can truly be seen and summed up at the end of his life.

After a lifetime spent smoking, Brynner was ultimately diagnosed with terminal lung cancer. He knew how much time he had left to live, and spent that little time coming to terms with his condition and preparing himself with dignity. He lead a life with no regrets, save for one:

And even in his lighter moments, the man still had The Look:

The complete package that is and was Yul Brynner is a rarity. He will always remain a Gentleman's Gentleman; an icon to be looked up to and emulated.

Email ThisBlogThis!Share to TwitterShare to FacebookShare to Pinterest
Labels: ICONS_LXG

Greetings LXGers, its the man they call Breaker Red - I am the overseer of music here at the League, and it is my duty to bring you the best in the smoothest tunes around.

Ambient, Pop, Trip Hop, Hip Hop, Electronica, Dance, Folk, Punk, World, Metal - it's all good. The Rhythm, the beats, the lyrics, the chords - an appreciation of music means all of the above, and I intend to move beyond the commercial charts and delve deeper into the world of music that exists beyond our familiar frequencies.

Email ThisBlogThis!Share to TwitterShare to FacebookShare to Pinterest
Labels: MUSIC_LXG

WELCOME TO THE LEAGUE

"Anyone can be heroic from time to time, but a gentleman is something you have to be all the time."

Indeed that should be the case - and we in the League hope to do so in our many different little ways.

In these days of uncertainty, the role of the Gentleman is now more necessary than ever before. The principles of manner and etiquette, and of course appearance, are the most important elements that make the Gentleman, and hence 'maketh the man'.

Our panel of experts will guide you through these principles and use examples of fine gentlemen through the ages who have come to epitomize these characteristics and embodied what most of us strive to become during the course of our lives...


So all that is left for me to do is to welcome you to the League of Exceptional Gentleman... may your time here be fruitful and rewarding.