Further evidence of the coming fragmentation of personal transportation arrived when Honda released details of the next iteration of its "Micro Commuter" prototype.

The new version is close to production-ready (without the extreme aerodynamics of the initial prototype) and concentrates the battery and functionality of the micro EV below the floor, enabling the vehicle's body to be easily changed to accommodate different functionality. 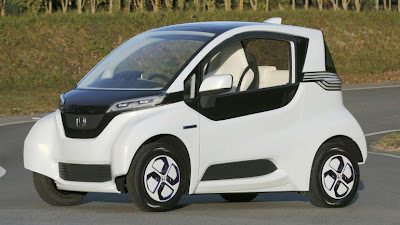 It seemed so obvious 100 years ago, with an excess of petroleum, unreliable metallurgy and no concerns about air pollution, to over-engineer our automobiles so they'd have low stress, reliability and longevity, and be able to carry very large amounts of everything. There was only one casualty – efficiency. The folly of those ways is now equally obvious, and Honda's Micro Commuter Concept is at the extreme far end of the spectrum to that over-engineering approach.


Billed as a short distance EV commuter, the 100-inch long Honda Micro Commuter is a full six inches shorter than the smart fortwo's 's 106-inch length, and 20 percent narrower at 49 inches compared to the smart's 61.4 inches. 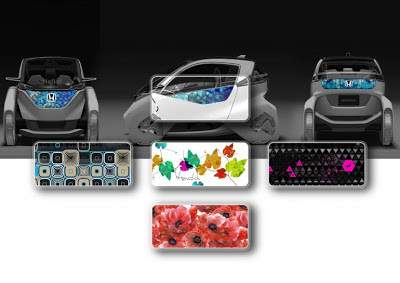 The secret of the latest vehicle's energy frugality is it's extremely light weight. Whereas a smart fortwo ED (Electric Drive) has a weight of 870 kg, the Honda comes in at considerably less than half that weight (it's less than 400 kg but we don't know the exact figure), and is able to achieve similar performance to the the smart ED with a motor producing just 15kW, compared to the smart's 30kW.

The Micro Commuter is built specifically for a new era though – it is designed to take one person and one passenger (or two children passengers) a maximum of 60 miles at a maximum of 50 mph. Those figures are realistically well within the range most people use in their commuting, but it will take some time for people to become accustomed to having just enough, instead of three or four times the power, weight and range required.Honda developed the Micro Commuter within a new framework of micro mobility categories currently being proposed by the Japanese Ministry of Land, Infrastructure, Transport and Tourism as well as European L7 regulations. To be classified under the L7 category in Europe, an EV must weigh less than 400 kg and have an output of 15 kW or less – in meeting those targets, the Micro Commuter is suddenly a very realistic alternative to the traditional automobile in an environment which will certainly appreciate it.

Honda will begin real-world testing of the Micro Commuter in Japan next year to verify the potential of the vehicle in short-distance transportation roles for a variety of users – families, ferrying small children and senior citizens to their necessary activities, home delivery services, commuting and car sharing. The Micro Commuter Concept was first seen at the 2011 Tokyo Motor Show this time last year, but the concept has developed significantly since then, with the adoption of the Variable Design Platform. 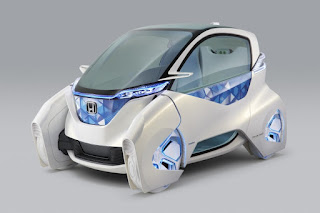